The 2012-13 school year has seen unprecedented growth in the MSM jazz department. Beginning this fall, the initiation of a jazz combo program has established two more  permanent jazz ensembles that rehearse and perform each semester and the Vacek Jazz Artist Residency brought a new depth to our curriculum with lectures, lessons and performances from a visiting jazz artist for a week. That is already, by most accounts, quite a bit.

We are kicking off the spring semester with our annual jazz festival, now in its 15th year. On February 22 & 23, we welcome back Mr. Lew Soloff, who is probably best known for his time with Blood, Sweat & Tears. Lew Soloff’s career goes much further and deeper than that, of course. He has become a musical journeyman and is heard on many recordings that span genre and style. He can do just about anything one can imagine on the trumpet, and we are thrilled to welcome him back. His last appearance at MSM was our jazz festival in 2004 where he gave a remarkable performance and is still probably our favorite jazz festival ever.

Then, from April 9-16, we welcome back Bill Evans, this time for the spring semester’s Vacek Jazz Artist Residency. Bill was our guest artist for the jazz festival in 2009. This time around, he’ll be staying with us for a week, giving lessons to students, leading many of the rehearsals and offering up wisdom that only a seasoned professional can give to eager students. The culmination of this work will be presented in a concert on April 16.

Finally, on April 26, the MSM Jazz Orchestra will perform with the great Wayne Bergeron as part of the Katy Jazz Festival. Trumpet players will surely want to check this out! If you’ve never heard Wayne perform live, then prepare to have your face melted. It’s great fun.

All this, plus the debut of several new works for big band (and big band + orchestra!) in the spring written by our very own MSM students. More on that later. 2013 will be a year characterized by fresh ideas and enthusiasm. We hope that you can join us.

The Moores School of Music Jazz Festival features performances from middle and high schools throughout the day as well as two free clinics with Seamus Blake and the Jazz Orchestra at noon each day. No admission fee is required to observe these school performances or clinics.

Friday evening’s concert will showcase The Texas Music Festival Jazz Project, a big band made up of Texas-based jazz professionals, while Saturday evening’s performance belongs to Seamus Blake with the MSM Jazz Orchestra.* It promises to be an exciting event full of masterful musicianship, education and great jazz. If you are a student, teacher, professional musician or just a jazz fan we guarantee that you will not want to miss this weekend’s activities!

Click here for more information on the festival, including schedule, ticket information and details on how your school can participate.

Spring is here, which means that our concert season and semester are coming to a close here at the Moores School of Music. That’s good news for our students and even better news for our audience. Why, you ask? Because some of the finest performances of the year will close out the season from all departments within the school. If you are able to make it to any of these final concerts, we suggest that you do so! Click here to stay informed.

Coming off a successful and well-attended Jazz Festival, the jazz department’s final concert will feature both jazz ensembles playing a mix of classic and new big band jazz. The concert What we’re most excited about, however, is the inclusion of several new works written by students and alumni of the Moores School of Music.

Last month, Ryan Gabbart was featured as a guest writer for Mike Emery’s Chron.com blog, Creative Pride, and two of the notable “Jazz Cats” mentioned will have their works performed. Henry Darragh’s “Late Night Latin” is a sizzling latin jazz composition in the traditional style, featuring a big brass sound and exciting soli writing for big band. Aaron Lington’s “Evensong” is a new ballad featuring the baritone saxophone that could best be described as music with a brilliant contemporary jazz sound. In addition to this, Gabbart (also a UH alum) will have his new arrangement of Jimmy Garrison’s “Ascendant” performed.

Two current Moores School graduate students will also have their works premiered. Bassist Gerald Massoud’s arrangement of the classic “Besame Mucho” is written big band and a vocalist in a 1950s lounge style, but is updated with a fantastic salsa section. George Heathco’s “Shred!” is a modern, complicated piece based on many new progressive rock styles with fantastic results. The composition has proven to be difficult to learn but rewarding in so many ways, both to the musicians and (we think) to the audience as well.

We can guarantee a great evening full of superb music and dedicated musicians who have worked long and hard all year long to prepare their craft for this moment. We hope that you will enjoy it as much as we have in preparing this finale.

Full program (in no particular order): 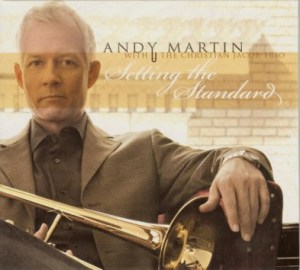 Click here for more information on the festival, including schedule, ticket information and details on how your school can participate.

Yes, it’s already fall and the end of Daylight Savings Time, which means that Thanksgiving is almost here, which also means that all our schedules are about get busy. Why not spend your last few, precious hours of free time with us, the MSM Jazz Department? Did you know that our next concert will be on Tuesday, November 16 at 7:30pm in the Moores Opera House? Well then, consider yourself informed.

The MSM Jazz Ensemble and Jazz Orchestra will be featured in what has proven to be a challenging concert program. Seriously, the music is not easy; you try and play a transcription of Michael Brecker’s solo on “Slings and Arrows” (these guys are pretty close). But while the program is challenging, it will definitely not disappoint. These young musicians are a dedicated bunch, and the concert speaks for itself. So, if you’re still not planning on attending, consider yourself unlucky. Click here for ticket information.

The program will feature (in no particular order):

Also featuring thorough program notes and some uncomfortable banter. See you there!

Graduate student Henry Darragh wrote a short piece for the University of Houston Daily Cougar about last week’s performance. It’s a view from the inside as a student performer in the MSM Jazz Orchestra, and it’s quite entertaining! Here’s a highlight:

The Moores School Jazz Ensemble is the department’s second biggest band, and in the past few years has gotten so good that it plays a full set to open up for the jazz concerts. I have consumed lots of Topo Chico by this point and added to the iced coffee, I had to make this tough decision: last-minute (literally) bathroom run. I make this decision contingent on the fact that the solo section of the MSMJE’s last tune is long enough to allow me to run down the hall before our downbeat.

We’re pleased to report that last week’s concert was a great success with an impressive turnout. And thanks to photographer Pin Lim, you’re now able to see some great pictures and video from the show. Did you know that Pim has recently started a JazzHouston Tumblr site for all forms of multimedia goings on in the city? We highly encourage everyone to check it out!

It’s almost here. And by “it” we mean the debut concert of the Moores School Jazz Department for the 2010-11 season. And by “here” we mean next Wednesday, October 6 at 7:30pm in the Moores Opera House. Both the Jazz Ensemble and Jazz Orchestra will be featured, and we’re proud to announce that our students have been diligently working hard to improve their performance skills this semester. It should be a great evening full of chances, spontaneous opportunity and (hopefully) fulfillment. That’s our goal, after all. Click here for ticket information.

The program will feature:

It’s that time again. This Thursday evening at 7:30pm, The Moores School of Music will feature the musical talents of each of its major ensemble groups. The Collage concert tradition kicks off the new scholastic year with a bang and you can attend for FREE. Every major performing ensemble will be featured, so you will have a chance to hear the symphony orchestra, choral groups, operatic pieces, marching band, chamber ensemble and of course, the Jazz Orchestra. This way, if you hear something you like, you can be sure to check it out in the regular season. As usual, the Jazz Orchestra will open the evening’s festivities, so be sure to be on time!